WHO ARE THE REPUBLICANS?

Montana Republicans are men and women of all walks of life and of all creeds and colors. We are grateful to God for the quiet beauty of our state. We are united in viewing the United States of America as an exceptional nation that in its inception broke the historical norm. We celebrate being self-governing, free citizens. We recognize the debt we owe those citizens who came before us, and we gladly acknowledge our duty to pass the gift of liberty on to our children and grandchildren.

The following is taken from the Montana Republican Party Platform – Adopted June 25, 2016

This Platform sets forth the Montana Republican Party’s positions on major issues facing the citizens of the Treasure State. It is meant to communicate what the Party stands for; to instruct local, state, and federal GOP officeholders; and to serve as a basis for crafting strategies for both legislative and civic action.

"These principles derive directly from the wisdom of America’s Founders, as expressed in the Declaration of Independence and the Constitution of the United States of America."

What do Republicans believe?

The Montana Republican Party subscribes to a set of principles that transcend specific policy issues while guiding the positions the Party takes on those issues. These principles derive directly from the wisdom of America’s Founders, as expressed in the Declaration of Independence and the Constitution of the United States of America.

Republicans believe “these truths to be self-evident, that all men are created equal, that they are endowed by their Creator with certain inalienable rights, among which are Life, Liberty, and the Pursuit of Happiness.”

Republicans believe that to secure these God-given rights, governments are instituted among men, deriving their just powers from the consent of the governed.

Republicans believe that the Constitution of the United States of America is a unique and binding compact, which defines a republican form of government designed to protect the rights of citizens by limiting the power of their government.

Republicans believe that the Constitution is as relevant today as it was on the day it was ratified. It is not an evolving, ever-changing document. 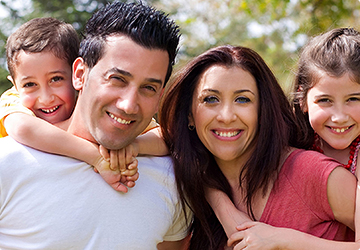 Republicans believe that centralization of political power invites the replacement of the rule of law by the rule of men and thus enables the rise of totalitarianism.

Republicans believe that each level of government should continuously strive to limit the scope of its own activity and to avoid infringing upon the lawful activities of free citizens.

Republicans believe in the dignity of each individual person and in promoting opportunities for all.

Republicans believe that in the absence of free markets and secure property rights, personal and political freedom cannot long flourish.

Republicans believe in the sanctity of human life from conception to natural death, and that only parents have the right to direct all reproductive decisions for their minor children.

Help us elect Republicans in November!